So you’ve been chatting with a girl, and things seem to be going well. Then, out of the blue, she calls you “babe.” What does it mean? What do you do?

First of all, don’t panic! There are plenty of ways to handle this situation. There are numerous reasons why she might have called you babe.

Let’s go over them together!

What if a girl calls you babe?

When a girl calls you babe, it most likely means she has feelings for you. But, of course, it depends on the context and your relationship. If you are in a relationship, babe is an affectionate address. If not, the woman probably wants a more intimate, romantic relationship with you.

What does it mean when a girl calls you babe?

1. You are her boyfriend

In this case, it’s pretty obvious. She uses the term “babe” as an endearment.

She’s telling you that she loves and cares for you.

It’s very common that couples use babe to address each other.

And it’s actually quite cute. It shows that you still have that spark of love in your relationship.

Please do all you can to keep her, and don’t take her for granted. You don’t want this spark to leave your relationship. That would be a shame.

2. She’s attracted to you

When a girl calls you babe, it usually means she’s interested in you.

She probably sees you as a potential boyfriend and does everything she can to make you see her as more than just a friend.

It’s also possible that the girl has a crush on you. She may be trying to flirt with you or tell you that she’s interested.

Or she’s just trying to hook up with you.

Overall, she’s probably sending out signals that she’s ready for something more intimate.

In this case, the girl is probably interested in you. Calling you “babe” is a way of trying to get closer to you.

There are certain signs to know when a girl likes you:

You don’t want her to keep investing in something that’s not going to happen.

Some women use babe as a way to act flirty or cute.

It can be a way of trying to get your attention or make you like her more.

If this is the case, just enjoy it! She’s probably just trying to show her affection.

There’s no need to worry if a girl calls you babe. Just relax and enjoy the moment. If she’s interested in you, take things slow and see where it leads.

If not, just let her know and move on. Either way, there’s no need to stress!

4. She wants something from you

There are also cases where a girl might call you babe as a way to get something from you.

In this case, be careful so you don’t fall into the trap of thinking she might have some deeper feelings for you (well, she might have them anyway, but you get the point).

5. You are just friends

Of course, it’s also possible that you two are just friends, and she’s not interested in you in that way.

She might just be using the term “babe” as a way to be friendly and show her affection.

In this case, there’s no need to worry. You can just continue being friends and enjoy each other’s company.

There are many different reasons why a girl might call you a babe. It all depends on the context and your relationship with her.

6. She calls everyone babe

Lastly, there’s always the possibility that the girl just calls everyone babe.

Maybe she doesn’t even realize she’s doing it, or maybe she just doesn’t care.

In this case, there’s not much you can do except shrug it off and move on.

There is no point in overthinking it.

No matter the reason, it’s always nice to feel loved and appreciated by the person you like. So, if a girl calls you babe, take it as a sign that she cares for you and wants to be close to you. Enjoy it while it lasts!

How to respond when a girl calls you babe?

There’s no one-size-fits-all answer to this question, as the best way to respond will vary depending on the situation and your relationship with her.

If you’re in a romantic relationship, a couple, you probably don’t need much advice.

So we’ll focus on the situation where she calls you babe, and you’re not a couple.

If you’re not sure why she’s calling you babe, you might want to confront her about it.

Ask her why she’s calling you that and what it means to her. This will help clear the air and figure out what’s going on.

This is the best solution when you have feelings for her.

As I mentioned earlier, she usually means it as endearment when she calls you babe.

In that case, when you feel the same about her, it’s best to be direct and tell her how you feel about her.

Express your feelings for her, tell her how great, wonderful, beautiful, etc.

Just tell the truth about how you feel about her.

I’m almost certain that in most cases she’ll feel the same way about you and you’ll develop a romantic relationship.

If not, she will see you as someone who is very bold (which women like), and she will probably start thinking about you more romantically, too, eventually leading to a romantic relationship as well.

On the other hand, you might not want to confront her and would rather just ignore it.

This is also a valid option, especially if you’re unsure how you feel about her.

You can always address the issue later if you make up your mind.

This is probably the best way if you don’t want to have a more intimate relationship with her (yet).

3. Responding in a similar way

You could also respond to her by calling her babe, baby, etc.

This will show that you’re comfortable with the term.

Anyway, that’s not a very good way to go if you have feelings for the girl.

Because what you achieve by similarly responding to her is that she will get used to it, and she’ll consider it normal.

This is the exact opposite of what you want to achieve when trying to be more than just friends with her.

So use this at your own risk.

What does it mean when a girl calls you babe over text?

Again, there’s no one-size-fits-all answer to this question.

It could mean any of the following:

There is no sure way to know which one of these is true, but you can try to figure it out by observing her behavior and the context of the conversation.

If you want to make sure that she’s interested in you, try flirting with her and see how she responds.

This will give you a better idea of what’s going on.

Related: What If a Girl Calls You Bestie?

Does it mean you’re dating when she calls you babe?

There’s no one-size-fits-all answer to this.

The only way to know for sure is to ask her directly.

If you’re not sure how she sees your relationship, it might be a good idea to ask her.

This will help clear the air and figure out what’s going on.

If you’re not interested in dating her, let her know and try to end things amicably.

Chances are she’ll be disappointed, but at least you’ll both be able to move on.

In any case, be honest with her and don’t lead her on.

It’s not fair to do that to someone.

Related: What If a Girl Calls You Cute?

What does it mean when she calls everyone babe?

When she says babe to everyone, she probably had/has someone in her inner circle who also uses that word. It’s quite common to adopt the habits of the people you’re around most often. In that case, “babe” also has no special meaning.

What does it mean if a girl accidentally calls you babe?

When a girl accidentally calls you babe, it’s usually a signal that she has a crush on you and would like to see you as more than just a friend – as a potential romantic partner. In this case, it’s best to confront her about it and express how you feel about her.

Is it good when a girl calls you babe?

It’s a great sign when a girl calls you babe. In general, babe is used as an endearment for someone, in this case, you. And who doesn’t like to be liked by other people? So accept it and enjoy the great relationship you have (whether friendly or romantic).

When a girl calls you babe, it can mean any of the following: she’s flirting with you, she’s attracted to you, she sees you as a close friend, or she just calls everyone babe. If you want to make sure that she’s interested in you, try flirting with her and see how she responds.

How Words Affect our Brains on td.org

Meet the author
Shai B.
My name is Shai B., and I'm the Wild Sister CEO, passionate about helping women and men discover their inner strength, courage, beauty, enthusiasm, and helping them achieve self-love.
Profile
Share on: 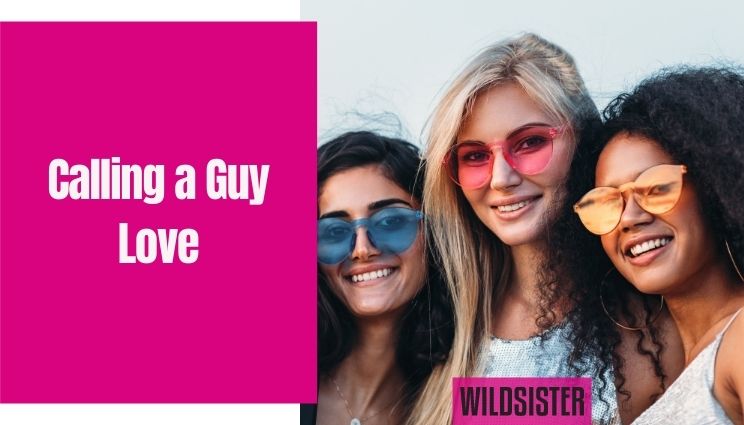 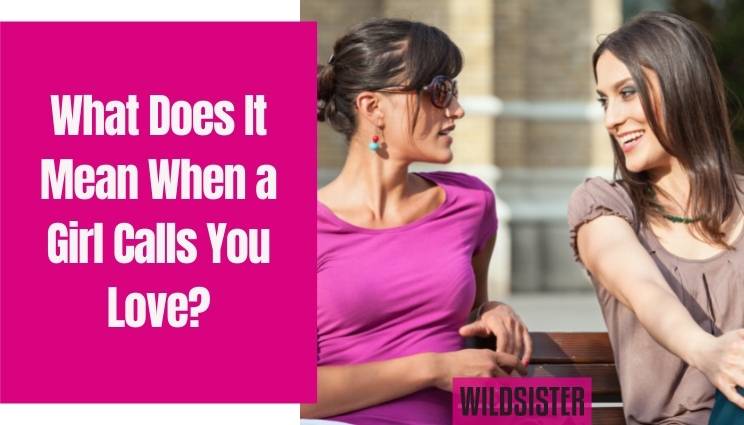 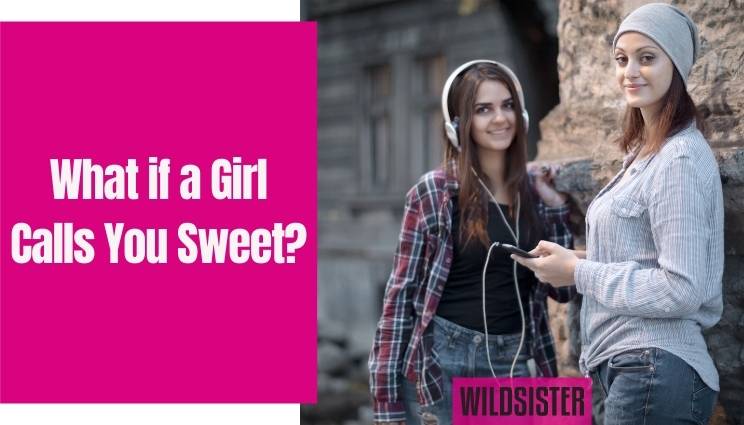 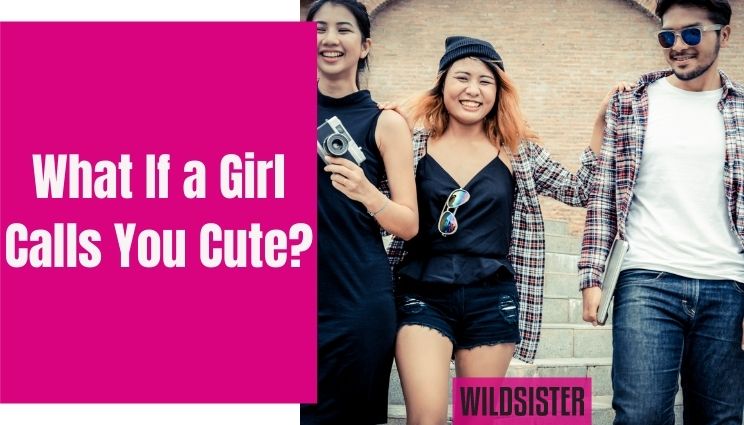